Get Social with Us!

Route 20: past, present, and future

Route 20: past, present, and future

THE BOSTON GLOBE – Nearly a decade has passed since a regional development group labeled Route 20 a “schizophrenic” roadway. 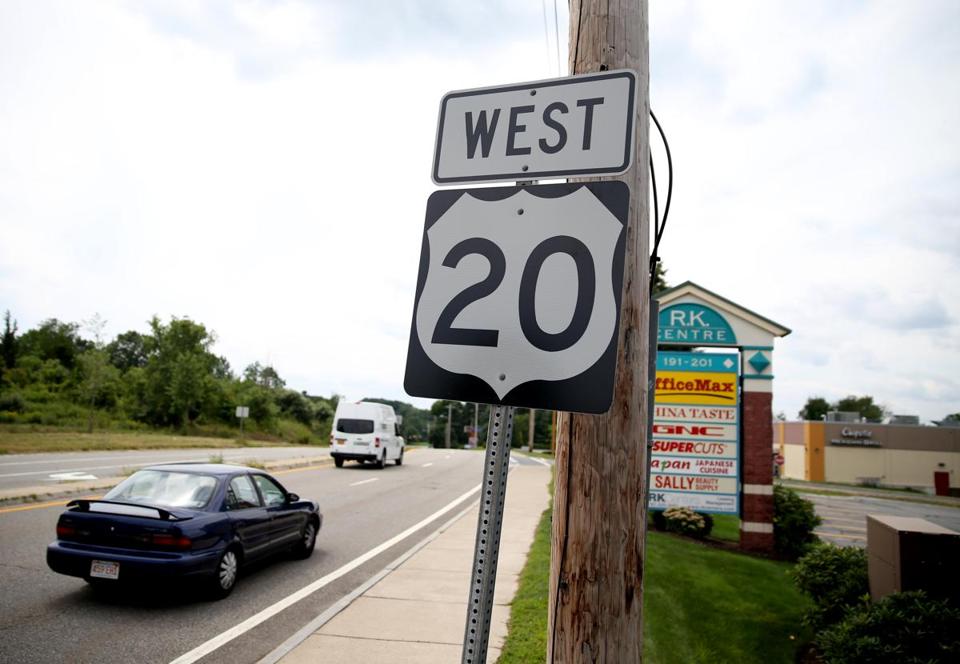 But neither time nor a development boom of sorts has changed that each community along the state highway has its own character — and its own ideas about what its stretch of Route 20 should look like.

Start driving east from Kenmore Square in Boston, and Route 20 will take you first through the business-heavy communities of Watertown and Waltham; then through the quieter suburbs of Weston, Wayland, and Sudbury; and then finally through Marlborough, Northborough, and Shrewsbury before ferrying you on through the central and western parts of the state — and eventually all the way to the West Coast.

Along the way, you’ll pass historic sites like Sudbury’s Wayside Inn, which calls itself the oldest operating inn in the country, and is a relic from when parts of the route served as the Boston Post Road, a Colonial-era mail route that served as the region’s link with New York and points south. And you might spot plaques commemorating George Washington’s trip to take control of the Continental Army.

You’ll also see chain hotels along the stretch that crosses Interstate 495 in Marlborough.

“Each town has a very different personality,” said Paul Matthews, executive director of the 495/MetroWest Partnership, the organization that tagged Route 20 with the “schizophrenic” label in a 2004 report. “Some view Route 20 as a retail corridor, some view it as an employment corridor, and some view it as a housing corridor.”

Indeed, recent projects and proposals along the highway run the gamut from bucolic to bustling. The Northborough Crossing shopping center, featuring the state’s first Wegmans supermarket, opened in 2011, and the Wayland Town Center development — a mix of housing, retail, and office space — is nearly complete. And just down the road in Sudbury, developers are putting in condominiums and age-restricted apartments. 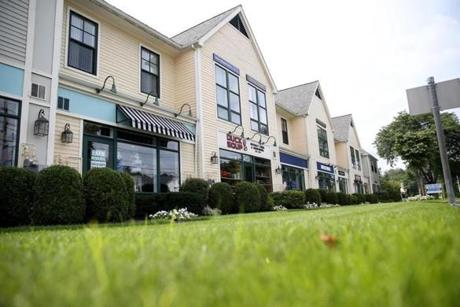 Route 20 in Sudbury includes plazas such as the Mill Village Shopping Center and the historic Wayside Inn.

Sudbury voters in 2011 shot down $1 million in design funds for sewers along Route 20. The sewers would allow for more commercial development, said Jody Kablack, Sudbury’s planning and community development director.

“If we’re able to put a sewer system there, we’d be able to have a little more density,” Kablack said. “Our goal is to make Route 20 Sudbury’s main street.”

The vast majority of Sudbury’s commercial zoning is already along its stretch of Route 20, home to car dealerships that sell luxury brands like Land Rovers, BMWs, and Jaguars, but Kablack said water-intensive operations like restaurants have a difficult time locating there, because the soil conditions aren’t suitable for high-capacity septic systems.

Kablack said Route 20 in Sudbury is “strip-developed.” “There’s a couple of plazas, and there are a number of stand-alone commercial establishments,” she said. “We really do need a better mix of businesses in town.

“We’re hoping to get them somewhat more close together so you actually can walk between them,” she added.

Sudbury officials will likely put a new request for sewers before voters next year or in 2015, Kablack said. 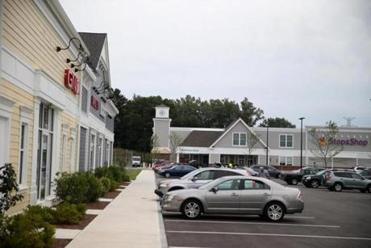 In Wayland, much of the land is zoned for housing, with the new Wayland Town Center among the few exceptions.

Wayland’s vision for its stretch of the highway is entirely different. The 375,000-square-foot Wayland Town Center project is nearly done, but most of the land along the roadway is zoned for residential use, with some businesses grandfathered in, said town planner Sarkis Sarkisian.

Rather than pushing for more commercial development along Route 20, Sarkisian said he’d like to see improvements to what’s already there.

“I want to see more existing businesses redevelop and upgrade within their existing square footage — whether it’s better signage, making more landscape improvements — so when you drive down Route 20, it’s a better-looking roadway,” he said.

“I just don’t see the hotels and the McDonald’s and the Burger Kings going up on Route 20. The zoning’s not in place. It doesn’t allow that,” Sarkisian said. “Wayland, they want a higher standard. That’s why people move here. It’s the character of the town.”

Sarkisian said his priorities include getting grant money for sidewalks near the new development downtown, and converting an old railbed into a bike path. “It’s difficult to get to the new town center by foot,” he said.

The Marlborough Economic Development Corporation has put together a conceptual plan for development on the city’s eastern stretch of Route 20, running from Farm Road to the Sudbury line.

“One takeaway is, we’d like to somehow slow down the speed of people traveling in the area,” said Tim Cummings, executive director of the quasi-public nonprofit organization. “Another takeaway is, the area tends to be spread out, and there are different designs, and it would help create a feeling of place if the design and the aesthetics were more cohesive.”

Cummings said the city could potentially give incentives to developers to create mixed-use projects that are more compact. Still, even with more development, Cummings said, he doesn’t foresee the stretch of road mirroring Route 20’s western portion in Marlborough, where hotels dot the roadway near the interchange with I-495.

“We’re not asking to make the east replicate the west,” Cummings said. “It would be different uses. I don’t know if you would ever put a hotel on the east side, whereas it seems like a natural fit on the west side.”

Bryan Farr, founder and president of the Historic US Route 20 Association, said he has mixed feelings about development along the highway. National chains get people to drive on the roadway, he noted. “But then you also say, is it taking away from that old charm, some of these businesses that have been here for maybe 100 years? You hate to see that happen.

“There’s a lot of history on that stretch of road,” Farr added. “Some people will complain that there’s a lot of traffic, but you’re going through some of the oldest towns in Massachusetts. As you keep going west, in theory you’re going as the colony developed. That’s how I view it.”